On June 1, 2018 the city of Naruto in Japan celebrated that it was exactly 100 years ago that Beethoven's 9th Symphony was performed there for the first time in Asia by German prisoners of war for a Japanese audience. This was a good reason for an anniversary week in Naruto.

Stephan Pfluger, who is the grandson of a German prisoner of war in camp Bando, has travelled to Naruto on behalf of his family and has participated in the anniversary activities. We are glad that we were able to contribute to this anniversary by donating 1,000 tulip bulbs that will be planted on the site of the former prisoner-of-war camp this autumn. Mr Pfluger has given a voucher for these tulip bulbs to the mayor of Naruto, who was very honoured by this.

Playing Beethoven's 9th Symphony at the end of the year has now become a tradition in Japan and this all started in Naruto. What a beautiful story! 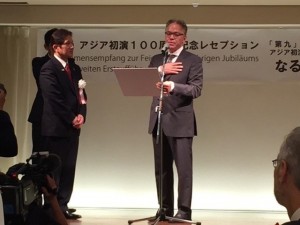 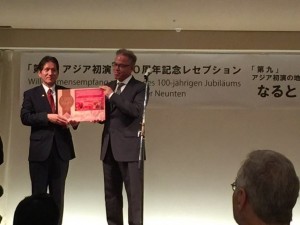 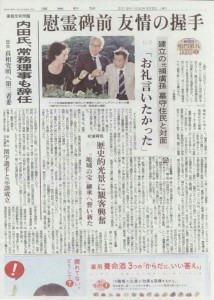